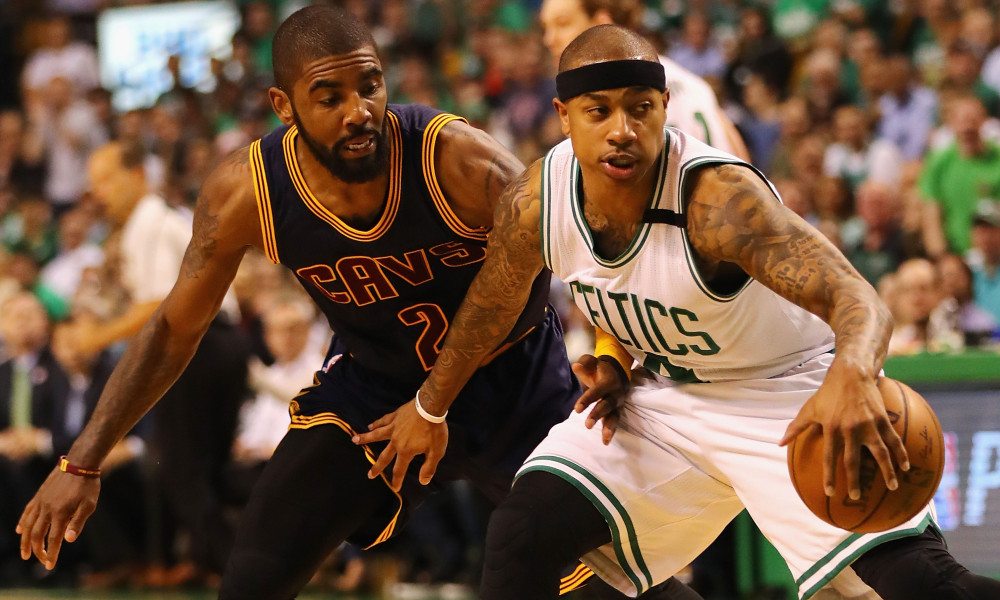 According to ESPN’s Adrian Wojarnowski, the Cleveland Cavaliers and the Boston Celtics are reportedly engaging in serious trade discussion centered on swapping all-star guards Kyrie Irving and Isaiah Thomas.

Jae Crowder, Ante Zizic, and draft picks are also included in the deal.

This news comes on the heels of Irving requesting to be traded from Cleveland July 21 after meeting with the organization. His status has been a constant storyline this offseason.

Thomas, a two-time All-Star, is coming off his best season for Boston, averaging 28.9 points and 5.9 assists. His season ended because of a hip injury during the Celtics’ loss to the Cavs in the Eastern Conference finals.

Irving averaged 25.2 points and 5.8 assists for the Cavs, who lost to the Golden State Warriors in the NBA Finals. The four-time All-Star helped the Cavs win an NBA championship in 2016 and was the 2011-12 NBA Rookie of the Year.