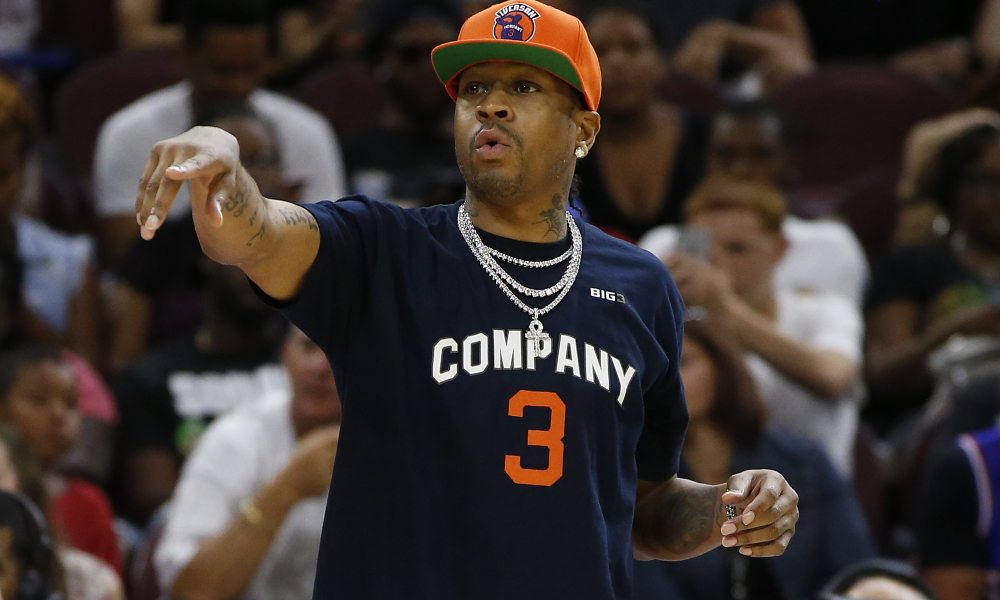 Ice Cube’s Big3 League has handed down its first suspension.

According to Adi Joseph of USA Today Sports, the league will suspend Allen Iverson for missing Sunday’s game at the American Airlines Center in Dallas, Texas this past weekend.

BIG3 has suspended Allen Iverson for one game.

Iverson, who coaches team 3’s Company, was a no show for the event which featured a crowd of more than 15,000 people. As a result, he has been suspended for one game.

The former NBA baller issued an apology yesterday afternoon, but it’s still unclear why he skipped out on the trip. In the statement, Iverson said,

“First and foremost, I apologize to Ice Cube & my BIG3 family, my fans and everyone disappointed by my absence in Dallas this past weekend.”

A message from Allen Iverson. pic.twitter.com/nOaISV2svO

Hours before the game A.I. was spotted by TMZ at a casino in Chicago.