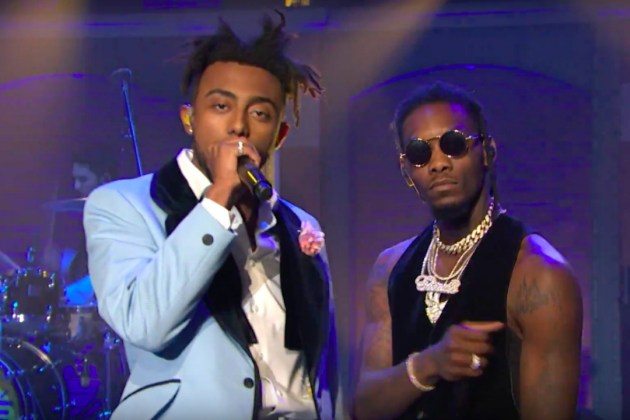 After being named one of this year’s XXL Freshman, Portland rapper Aminé is preparing to drop his debut album Good For You this week.

Last night, the 23-year-old served as the musical guest on Late Night With Seth Meyers and made the most of it. He performed his latest single, the new laughing-at-my-exes anthem “Wedding Crashers,” rocking a powder-blue tux. When the song’s guest, Migos star Offset, showed up onstage, he was wearing the tuxedo pants but also a vest with no shirt and a whole lot of jewelry. Everyone involved seemed to be having a blast. Watch the performance above.

Continue Reading
You may also like...
Related Topics:Anime, Migos, Offset