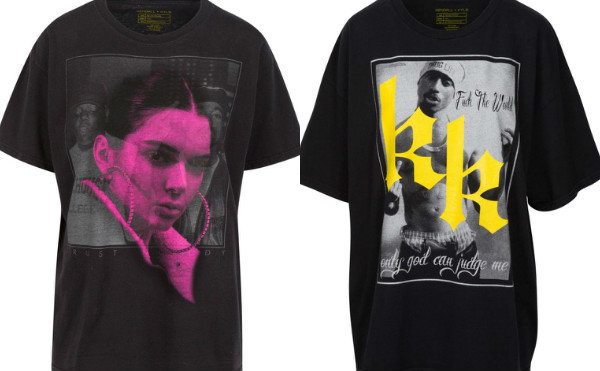 Last week, Kendall and Kylie Jenner sent the internet into a frenzy when they debuted a new collection of vintage t-shirts with their face superimposed on them. Since then, The Notorious B.I.G.’s mother, Voletta Wallace, called out the sisters for exploiting her late son, and they were even threatened with a lawsuit from Biggie’s estate.

I am not sure who told @kyliejenner and @kendalljenner that they had the right to do this.  The disrespect of these girls to not even reach out to me or anyone connected to the estate baffles me.  I have no idea why they feel they can exploit the deaths of 2pac and my Son Christopher to sell a t-shirt.  This is disrespectful , disgusting, and exploitation at its worst!!!

Now, American rock band The Doors are following through with a suit of their own.

According to TMZ, lawyers for the band sent a cease and desist letter to the sisters on Thursday (June 29) stating the t-shirts “tarnishes the band’s trademark.” They are reportedly now pursuing a lawsuit. The sisters have since apologized and removed the entire collection from their website.

Culture Vultures Kendall and Kylie Jenner Are Selling Tupac Shirts With Their Faces on it
Damon Wayans Jr. Trashed Independence Day and Pissed White People Off