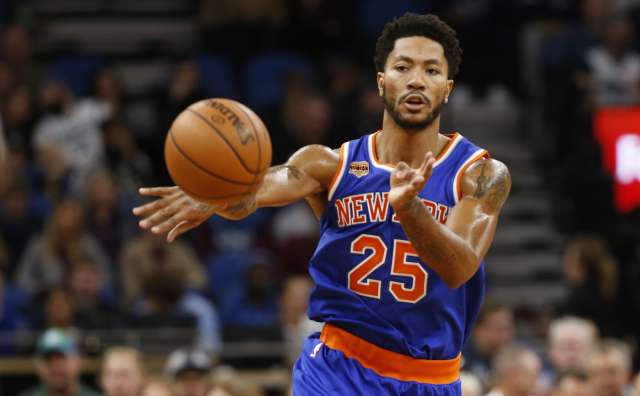 Free agent point guard Derrick Rose has agreed to sign a one-year deal worth $2.1 million with the Cleveland Cavaliers, according to The Vertical’s Shams Charania. The move adds depth at the point guard position to a Cleveland team looking to possibly replace Kyrie Irving after he requested a trade last week.

Derrick Rose has committed to sign with the Cleveland Cavaliers and completed his physical exam today, league sources tell The Vertical.

Rose landed with the Knicks after the Chicago Bulls shipped him out of town last June. He averaged 18.0 points on a solid 47.1 percent shooting from the field, however, he also converted a career-low 21.7 percent of his threes and proved to be a sieve on defense.

“He just wants to focus on winning basketball games,” said Rose’s agent B.J. Armstrong to Haynes when asked why he picked Cleveland.

Rose suffered a minor torn meniscus last season and his new contract is a severe drop from the $21.3 million he collected from the Knicks.