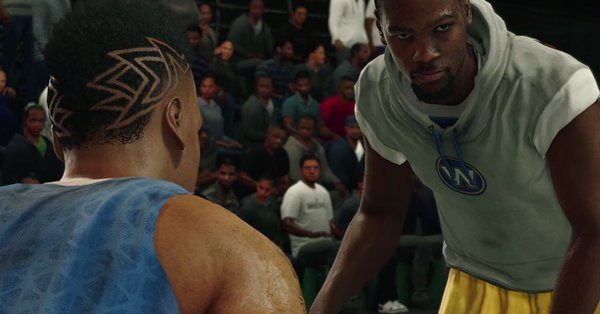 EA gave its first look at NBA Live 18 at the 2017 Electronic Entertainment Expo on Saturday and confirmed a new mode called The One that will see your character building a legacy by playing on iconic courts around the world.

According to IGN’s Andrew Goldfarb, The One will allow players to track their journey in one of two settings. The first is The Streets, which is for players who want to play in competitive five-on-fives in prestigious pickup-game locales.

There’s also The League, which allows players to track their journey through the NBA.

NBA Live 18 also features a reworked dribbling system, as well as a new defense system. While we wait for in-game footage to arrive next month, EA has confirmed a demo will be released in August.