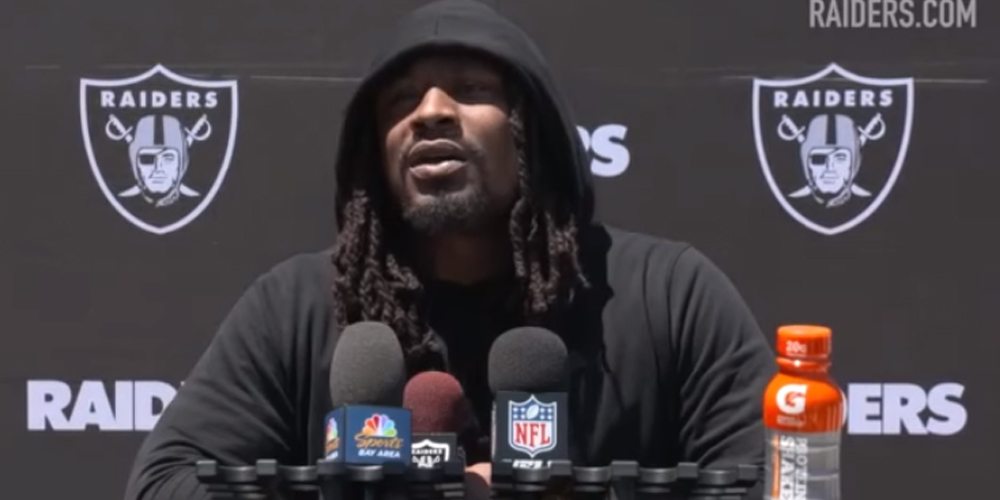 Marshawn Lynch opened up about joining the Oakland Raiders Tuesday (June 6) in his first interview since coming out of retirement. The former Seattle Seahawks running back is ecstatic about playing for his hometown team and says he wanted to do so before they relocate to Las Vegas.

Lynch signed a 2-year deal with the Raiders that will allow him to play at Oakland Coliseum before the 2019 move.

“It’s always been something, being from Oakland, you want to play at home or have the opportunity,” says Beast Mode. “But knowing that they were leaving, a lot of the kids here probably won’t have the opportunity to see most of their idols growing up, won’t be in their hometown no more.”

“With me being from here, and continuing to be here, it gives them an opportunity, then, that they get to see somebody that actually did it, from where they’re from, and for the team that they probably idolize.”

The 31-year-old Lynch brings a physical running game to the Raiders, who went 12-4 last season and played in the postseason for the first time since 2002.