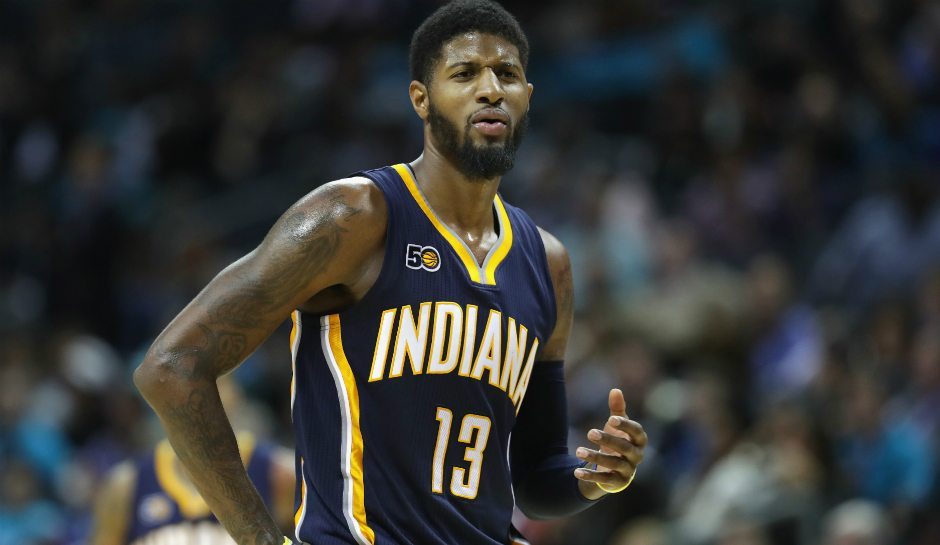 Indiana Pacers star Paul George will be one of the top free agents next year and many are hoping he take his talents back home to join the Los Angeles Lakers. While he hasn’t officially announced his intentions, he did reveal plans to workout with Lakers legend Kobe Bryant during an appearance on “Jimmy Kimmel Live” Monday night.

“I plan on working out with him and pick his brain a little bit,” George said.

As seen in the following video above, Kimmel pressed George on his potential interest in making the leap to L.A.

Back in April, Lakers president of basketball operations Magic Johnson said the following when asked by Kimmel what he would do if he saw PG13 on vacation: “No, we gonna say hi because we know each other, you just can’t say, ‘Hey, I want you to come to the Lakers,’ even though I’ll be wink winking like [winks a bunch of times] you know what that means right?”

George is a four-time All-Star who is coming off one of his best seasons. (Per MIKE CHIARI of Bleacher Report) The Palmdale, California, native averaged a career-high 23.7 points per game to go along with 6.6 rebounds, 3.3 assists and a career-best field-goal percentage of 46.1 percent.