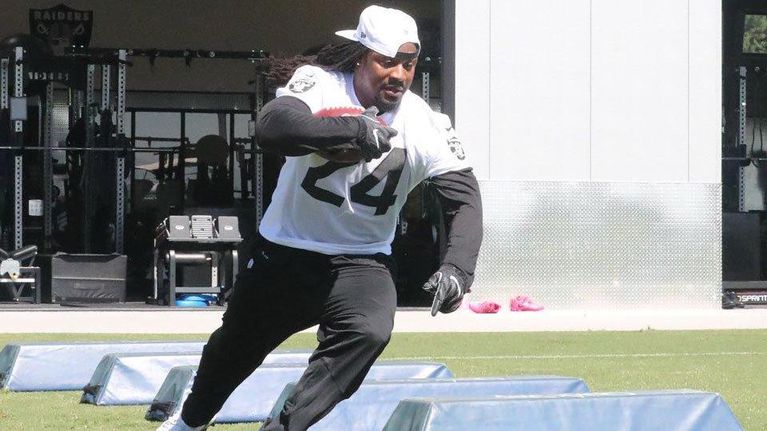 The Oakland Raiders made one of the biggest moves this offseason by bringing former Seattle Seahawks superstar Marshawn Lynch out of retirement. He’ll not only be the Raiders starting running back, but he’ll provide some excitement for his hometown team before they relocate to Las Vegas.

Phase 2 of the Offseason Workout Program begins and Marshawn hits the field for the first time in the Silver & Black. pic.twitter.com/WethfcyKXa

As you can see in the clip above, Beast Mode is working out with his new teammates and he wears the Silver and Black gear pretty well. Thanks to the legendary Charles Woodson, Lynch will continue to sport his #24.

"Authentic passion is what I see."

Seeing Beast Mode back on the field in 2017 is going to be hella fun and Oakland will be one team to watch next season.