A protester in Ferguson, Missouri was found dead just months after Darren Seals was shot and killed.

Edward Crawford Jr, the man featured in the iconic Ferguson photo throwing a tear gas canister, was found dead from an apparent self-inflicted gunshot wound on Friday. Police are currently trying to determine if his death was accidental or suicide. 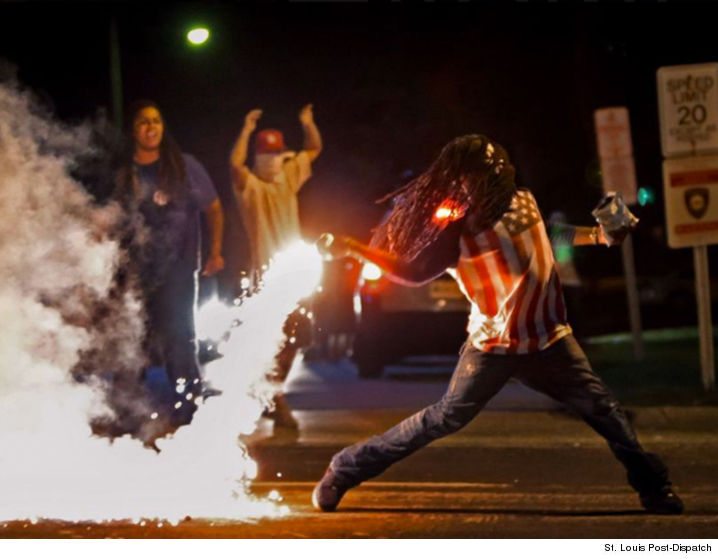 According to Crawford’s father, who said he saw his son two days ago, Edward showed no signs of depression and he believes the shooting was possibly accidental.

“He was wonderful, great, always in a good mood,” he told the St. Louis-Dispatch. “He just got a new apartment and was training for a new job.”

Authorities say Edward was in a car with two women who told police he talked about how depressed he was before shooting himself. However, the father said he doesn’t believe his son committed suicide, adding cops are being “hush-hush” about the investigation.

The case is reportedly being handled by district detectives, not homicide investigators.

Crawford, 27, of University City, was the father of four children. His death follows the September 2016 unsolved murder of 26-year-old Darren Seals–the man who had become an outspoken commentator, and harsh critic, of the various offshoots of the Black Lives Matter movement.