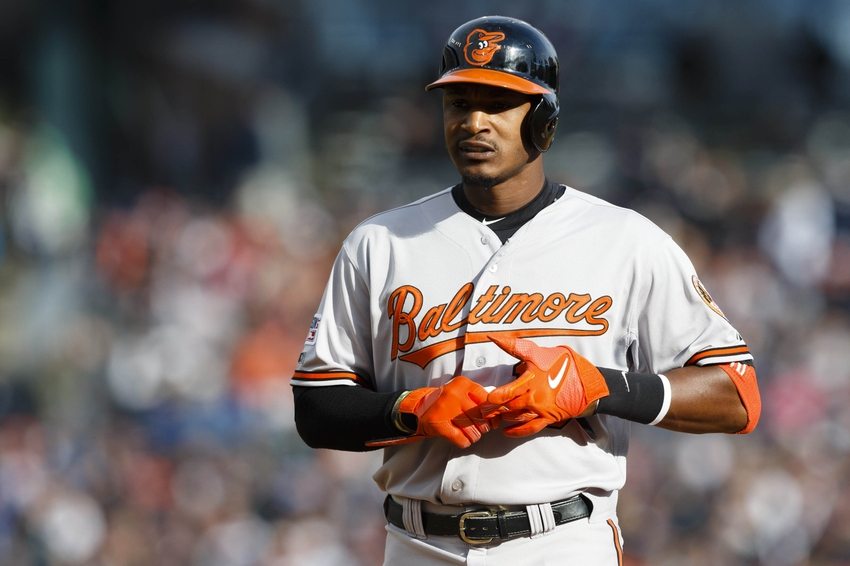 Baltimore Orioles star Adam Jones received a standing ovation at Fenway Park on Tuesday night, a day after he said fans called him “nigger” several times and threw peanuts at him.

The outfielder, who was second in the Orioles’ lineup, received growing cheers and applause from fans in the stands. Red Sox pitcher Chris Sale stepped off the mound to allow fans the time to applaud Jones, and many rose to show him their respect.

The applaud came after Red Sox outfielder Mookie Betts (who’s also black) sent out a tweet asking Boston fans to literally stand up for Jones — and against racism.

Fact: I’m Black too ✊?Literally stand up for @SimplyAJ10 tonight and say no to racism. We as @RedSox and @MLB fans are better than this.

Jones said he’s been the victim of racial slurs many times at Fenway Park.

“I don’t know how many fingers I have, or toes, to keep count. You hear it. It’s just unfortunate that someone would resort to try and bring you down like that,” Jones said.

Continue Reading
You may also like...
Related Topics:Adam Jones, Baltimore