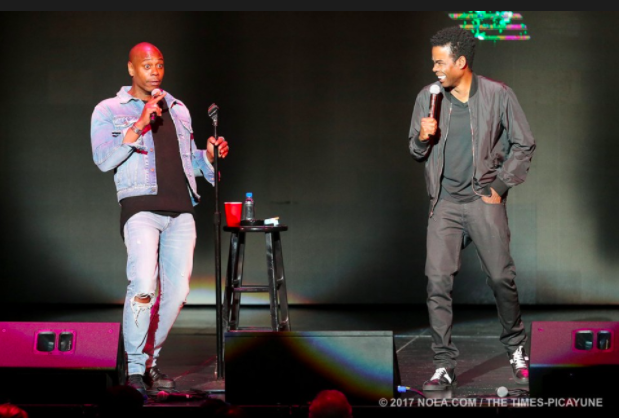 During a stop at Saenger Theatre for his Total Blackout tour, Rock brought a few guest comedians: Jeff Ross, Eric Andre, and the legendary Dave Chappelle. After Chappelle performed a reported 10 minutes of material, Rock took the microphone but Dave remained on stage for Rock’s entire set.

“Tonight, you are all part of a social experiment…Stranger things have happened in New Orleans,” Chappelle told the audience upon taking the microphone. That may lead some to wonder if the two stand-up juggernauts, television show creators, and actors may be taking this concept on the road.

Had some special guests tonight. #TotalBlackOutTour check it out. #NewOrleans