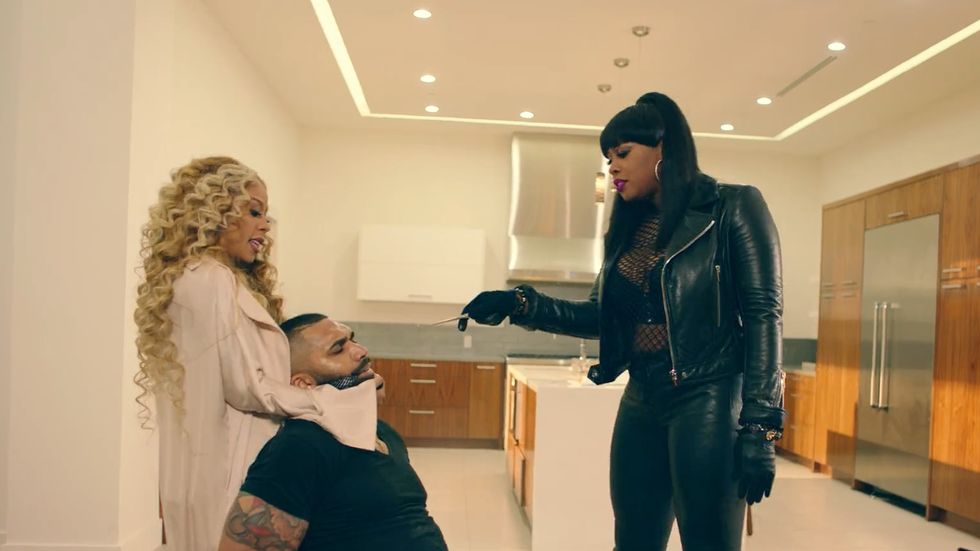 Keyshia Cole gets revenge on a cheating lover in this new visual for her current single “You” featuring Remy Ma and French Montana.

The Benny Boom-directed video starts with the R&B singer giving a detective alternative facts about the whereabouts of her boyfriend. Turns out, Cole has kidnapped him for cheating then presses on to torture him by force feeding him cake. Eventually, she tosses him from the second-floor balcony and is later assisted by Remy Ma. French Montana plays his role in the kidnapping by snatching up the cheating boyfriend’s lover.

Watch the full video (below).

Continue Reading
You may also like...
Related Topics:Keyshia Cole, Remy Ma, video, You