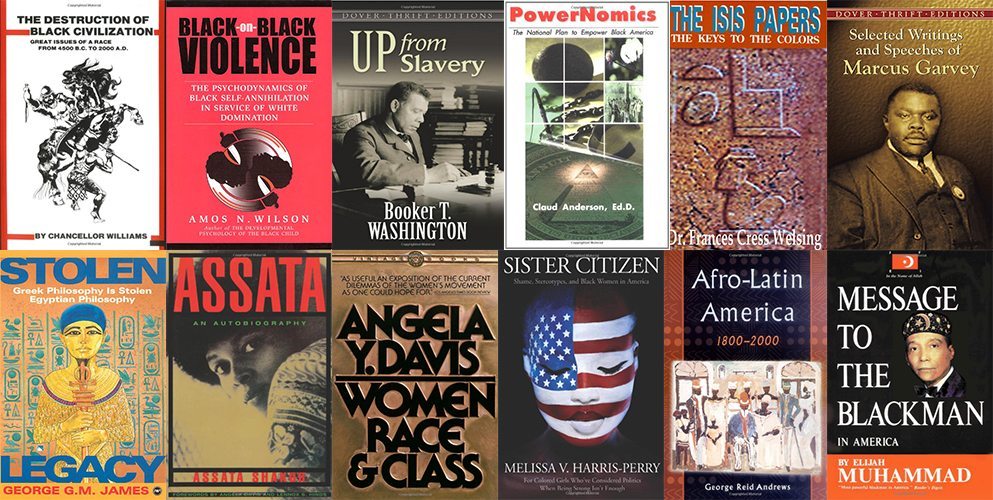 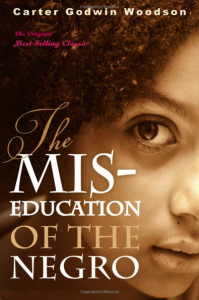 The Mis-Education of The Negro (by Dr. Carter G. Woodson)

Originally released in 1933, The Mis-Education of the Negro continues to resonate today, raising questions that readers are still trying to answer. The impact of slavery on the Black psyche is explored and questions are raised about our education system, such as what and who African Americans are educated for, the difference between education and training, and which of these African Americans are receiving. Click here to purchase 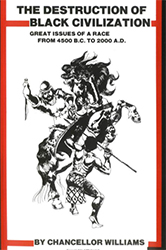 The Destruction of Black Civilization (by Chancellor Williams)

A widely read classic exposition of the history of Africans on the continent—and the people of African descent in the United States and in the diaspora—this well researched analysis details the development of civilization. Click here to purchase 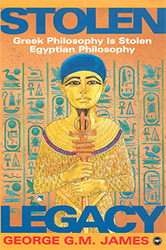 Challenging the notion that civilization started in Greece, this uncompromising classic attempts to prove that the true authors of Greek philosophy were not Greeks but Egyptians. The text asserts that the praise and honor blindly given to the Greeks for centuries rightfully belong to the people of Africa, and argues that the theft of this great African legacy led to the erroneous world opinion that the African continent has made no contribution to civilization. Click here to purchase 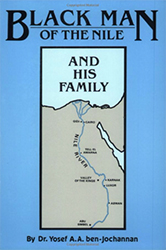 Black Man of the Nile (by Dr. Yosef Ben Jochannan)

First published in 1972, is Dr. Ben’s best known work. It captures much of the substance of his early research on ancient Africa. In a masterful and unique manner, Dr. Ben uses Black Man of the Nile to challenge and expose “Europeanized” African History. He points up the distortion after distortion made in the long record of African contributions to world civilization. Click here to purchase 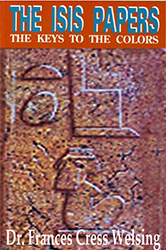 Dr. Welsing builds on the ideas of Neely Fuller and Carl Jung to understand the nature of racism (White supremacy). She lays out her main ideas in the first four chapters and then in the other 21 applies them to different things, like guns, rape, the Jewish Holocaust, AIDS, teenaged mothers, Black love, Black fear, “justifiable homicide” and so on. Click here to purchase 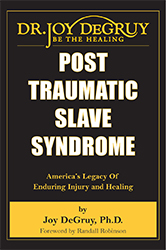 While African Americans managed to emerge from chattel slavery and the oppressive decades that followed with great strength and resiliency, they did not emerge unscathed. Slavery produced centuries of physical, psychological and spiritual injury. Post Traumatic Slave Syndrome: America’s Legacy of Enduring Injury and Healing lays the groundwork for understanding how the past has influenced the present. Click here to purchase 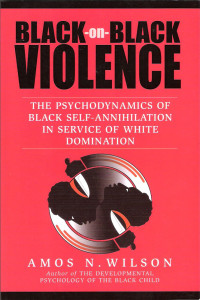 Black on Black violence: The psychodynamics of Black self-annihilation (by Amos N. Wilson)

The main thesis of this book is that the operational existence of Black on Black violence in the United States is psychologically and economically mandated by the White American-dominated status quo. The criminalization of the Black American male is a psycho-politically engineered process designed to maintain the dependency and relative powerlessness of the Afrikan American and Pan Afrikan communities. Click here to purchase 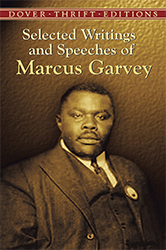 A controversial figure in the history of race relations around the world, Marcus Garvey amazed his enemies as much as he dazzled his admirers. This anthology contains some of the African-American rights advocate’s most noted writings and speeches, including “Declaration of the Rights of the Negro Peoples of the World” and “Africa for the Africans.” Click here to purchase 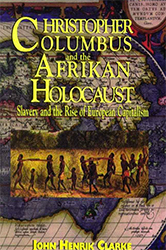 Dr. Clarke challenges the traditional views of African Civilizations and its strength and weaknesses before the enslavement and colonialism periods. He challenges the Eurocentric view of Columbus as a “discovered” and states that he set in motion the genocidal process and renewed western racism.  Professor Clarke points out that Columbus set in motion, political forces that established a global system of exploitation. Click here to purchase 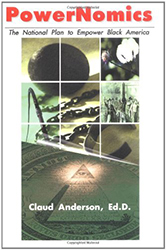 Dr. Anderson analyzes the complex web of racial monopolies and Black America’s inappropriate behavior patterns that are driving it into a permanent underclass status. Dr. Anderson proposes new concepts that teach Blacks new ways to see, think, and behave in race matters. His new education, political and economic action steps are designed to make Black America self-sufficient and competitive by the year 2005. Click here to purchase 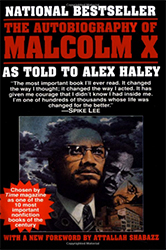 The Autobiography of Malcolm X (by Malcolm X, Alex Haley)

With its first great victory in the landmark Supreme Court decision Brown v. Board of Education in 1954, the civil rights movement gained the powerful momentum it needed to sweep forward into its crucial decade, the 1960s. As voices of protest and change rose above the din of history and false promises, one voice sounded more urgently, more passionately, than the rest. Malcolm X—once called the most dangerous man in America—challenged the world to listen and learn the truth as he experienced it. Click here to purchase 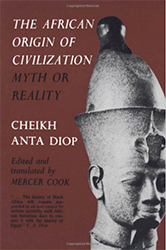 The African Origin of Civilization: Myth or Reality (by Cheikh Anta Diop)

In this book Cheikh Anta Diop, a Senegalese Egyptologist, makes the case that both mankind and civilization started with black people. It argues that Ancient Egypt was largely Black African in race and culture during the first 2,000 years of its civilization. Click here to purchase 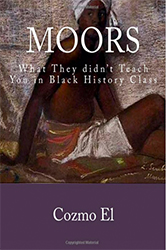 MOORS: What They didn’t Teach You in Black History Class (by Cozmo El)

This book covers interesting facts about Moorish history and articles which bring the information current. This book contains a wide range of topics arranged neatly for easy use along with factual references and internet links for those who like to take their studies to the next level. Click here to purchase 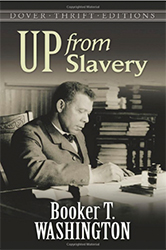 Up from Slavery (by Booker T. Washington)

This autobiography of Booker T. Washington details his personal experiences working to rise from the position of a slave child during the Civil War, to the difficulties and obstacles he overcame to get an education to help black people learn useful, marketable skills and work to pull themselves, as a race, up by the bootstraps. Click here to purchase 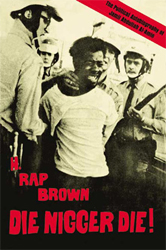 More than any other black leader, H. Rap Brown, chairman of the radical Black Power organization Student Nonviolent Coordinating Committee (SNCC), came to symbolize the ideology of black revolution. This autobiography—which was first published in 1969, went through seven printings and has long been unavailable—chronicles the making of a revolutionary. It is much more than a personal history, however; it is a call to arms, an urgent message to the black community to be the vanguard force in the struggle of oppressed people. Click here to purchase 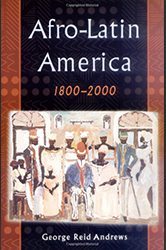 In this, the first history of the African diaspora in Latin America from emancipation to the present, George Reid Andrews deftly synthesizes the history of people of African descent in every Latin American country from Mexico and the Caribbean to Argentina. He examines how African peoples and their descendants made their way from slavery to freedom and how they helped shape and responded to political, economic, and cultural changes in their societies. Click here to purchase 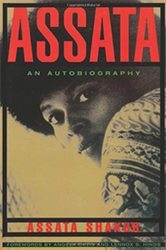 Assata An Autobiography (By Assata Shakur)

This intensely personal and political autobiography belies the fearsome image of JoAnne Chesimard long projected by the media and the state. With wit and candor, Assata Shakur recounts the experiences that led her to a life of activism and portrays the strengths, weaknesses, and eventual demise of Black and White revolutionary groups at the hand of government officials. 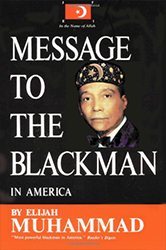 Message to the Blackman (By Elijah Muhammad)

Elijah Muhammad, by far, was one of the most powerful black men in America. Known more for the students he produced, like Malcolm X, Louis Farrakhan and Muhammad Ali, this man exposed the black man as well as the world to a teaching, till now, was only used behind closed doors of high degree Masons and Shriners. An easy and smart read. The book approaches the question of what and who is God. It explores the origin of the original man, mankind, devil, heaven and hell. Click here to purchase 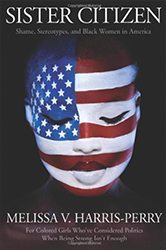 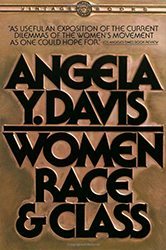 A powerful study of the women’s movement in the U.S. from abolitionist days to the present that demonstrates how it has always been hampered by the racist and classist biases of its leaders.