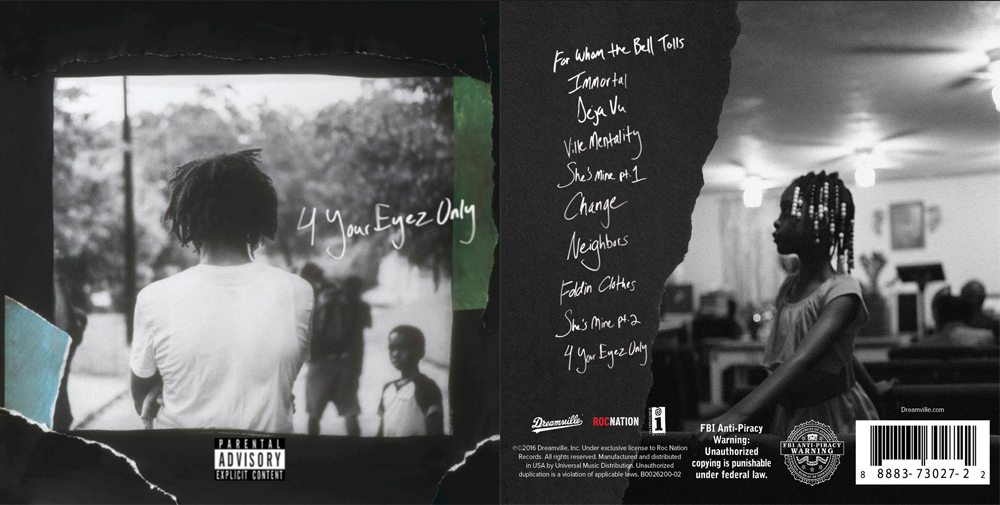 Last week, J. Cole surprised fans when he posted an Itunes pre-order for his long awaited album 4 Your Eyez Only. Cole generated a ton of buzz with his songs “False Prophets” and “everybody dies” just a day later, with many people thinking he was referencing Kanye West, Wale, Lil Yachty, and Lil Uzi Vert on different parts of the two songs.

Wale even dropped a response track called “Groundhog Day.” Neither of those songs are on the project, although it does include ten featureless tracks.

He also released a 40-minute documentary called Eyez, which chronicles his life since the release of his last album, 2014 Forest Hills Drive. The doc shows footage of him in the recording studio in NYC, playing basketball, riding his bike, and more.

You can purchase J. Cole’s new album 4 Your Eyez Only on iTunes now or stream it below via Spotify.