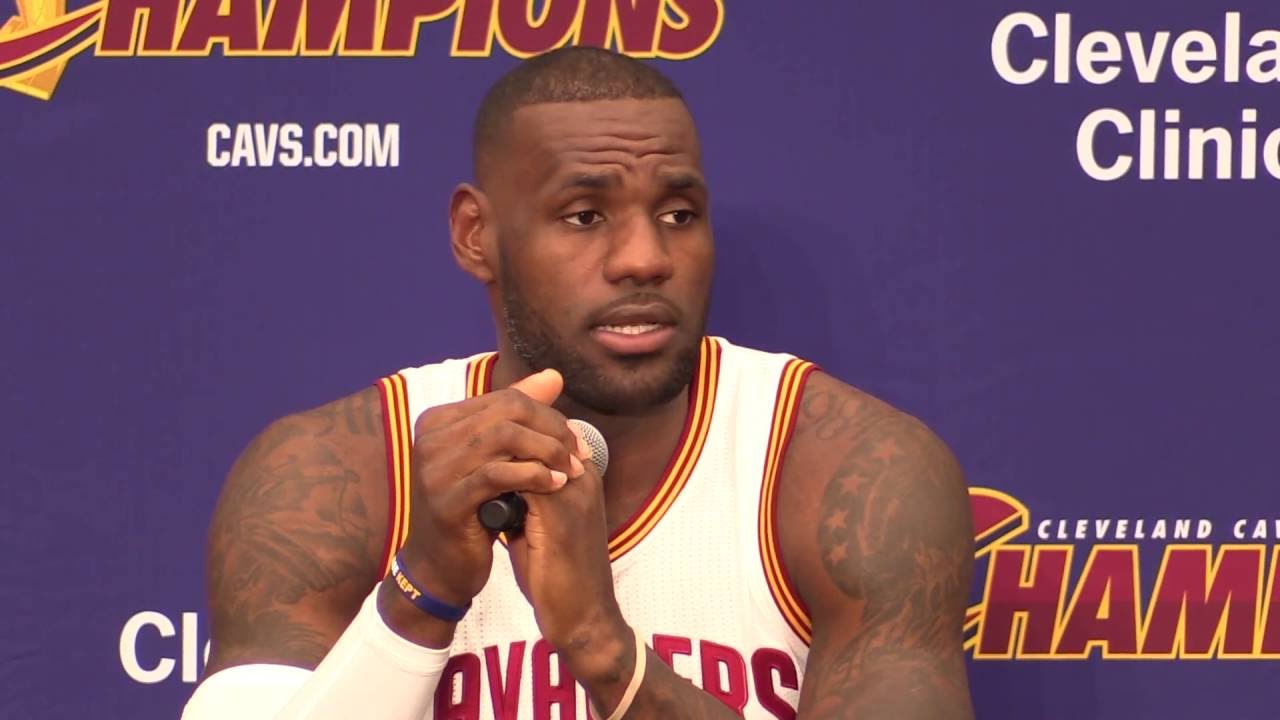 During media day in Cleveland LeBron James was asked if he planned on joining the protest of the National Anthem led by Colin Kaepernick.

James says he respects Kaepernick for “standing up for his opinion,” but has no intentions on joining the quarterback in his protest against injustice.

Read the full transcript below:

“First of all, I’m all in favor of anyone — athlete or non-athlete — being able to express what they believe in in a peaceful manner. That’s exactly what Colin Kaepernick is doing and I respect that. I think you guys know that when I’m passionate about something, I speak upon it. Me standing for the national anthem is something I will do. That’s who I am. That’s what I believe in. But that doesn’t mean I don’t respect and don’t agree with what Colin Kaepernick is doing.

“You have the right to voice your opinion, stand for your opinion, and he’s doing it in the most peaceful I’ve ever seen someone do. What I do not like about the situation is the negative attention that’s been thrown upon him from certain people because it’s not deserved. He was very educated, very smart, very candid, and very demanding about what he wanted to do. And he didn’t ask anybody else to join him. He did it in the most peaceful manner I’ve ever seen someone stand up and do something. So I can respect that.”