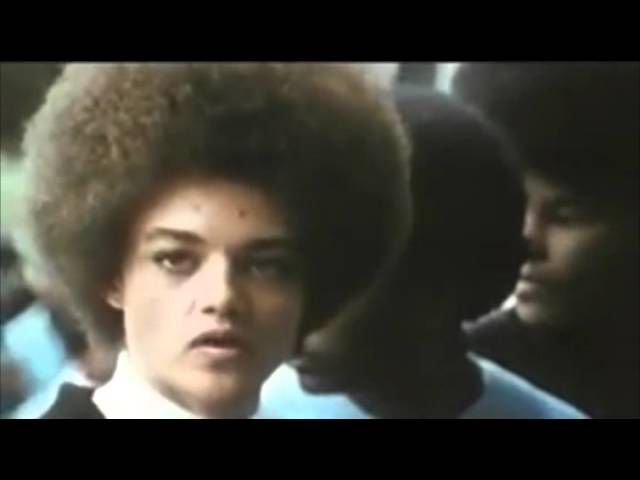 Kathleen Cleaver of the Black Panther Party breaks down “Why we wear our hair like this”.

Kathleen Neal was born in Dallas, Texas, on 13th May, 1945. Her father, Ernest Neal, taught sociology at Wiley College before moving to the Tuskegee Institute in Alabama. He later joined the Foreign Service and the family lived in India, Liberia, Sierra Leone and the Philippines.

Kathleen returned to the United States to finish her education. While studying at Barnard College she became involved in the civil rights movement. In 1967 she left college to work full-time for the Student Nonviolent Coordinating Committee (SNCC). The following year she met Eldridge Cleaver and moved from New York to San Francisco to join the Black Panther Party (BPP). The couple married on 27th December, 1967.

She became the BPP’s National Communications Secretary and helped to organize the campaign to get Huey Newton released from prison. She was also the first woman to be appointed to the Black Panthers Central Committee.

Kathleen Cleaver went back to school in 1981, receiving a full scholarship from Yale University. She graduated in 1983, summa cum laude with a Bachelor of Arts degree in history. In 1987, she divorced Eldridge Cleaver. She then continued her education by getting her law degree from Yale Law School. After graduating, she worked for the law firm of Cravath, Swaine & Moore, and followed this with numerous jobs including: law clerk in the United States Court of Appeals for the Third Circuit in Philadelphia, the faculty of Emory University in Atlanta, visiting faculty member at the Benjamin N. Cardozo School of Law in New York City, the Graduate School of Yale University and Sarah Lawrence College.

In 2005, Cleaver was selected an inaugural Fletcher Foundation Fellow. She then worked as a Senior Research Associate at the Yale Law School, and a Senior Lecturer in the African American Studies department at Yale University. She is currently serving as senior lecturer at Emory University School of Law.