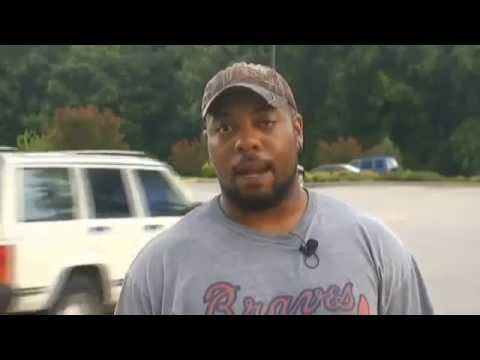 NYDailyNews Reports:
A delivery driver at a Danville, Va., Lowe’s Home Improvement was replaced with another driver when a customer said she didn’t want someone who is black, a local report said.

Longtime employee Marcus Bradley, who is black, took offense to his bosses obliging the woman’s racist request, he told WSET-TV.

A phone call from his workplace of 11 years brought Bradley back to Lowe’s, where he swapped place with a white delivery driver to finish the job.

“I asked him why I couldn’t do it and he said ‘because you’re black and they don’t want you at the house,'” Bradley said of the Aug. 3 incident.

Bradley went back to work, but shared his grievances with the local TV station, whose reporter then confronted the customer on the front porch of her home.

“I got a right to have whatever I want and that’s it,” the unidentified woman said of the delivery. “I don’t feel bad about nothing.”

The store manager who honored the woman’s request has since been terminated over the “troubling” ordeal, according to Lowe’s corporate officials.

“The situation brought to our attention was troubling and an investigation was immediately undertaken,” a statement obtained by WSET-TV read. “Under no circumstances should a discriminatory delivery request be honored as it is inconsistent with our diversity and inclusion core values and the request should have been refused. The investigation has concluded and the individuals involved are no longer with company.”