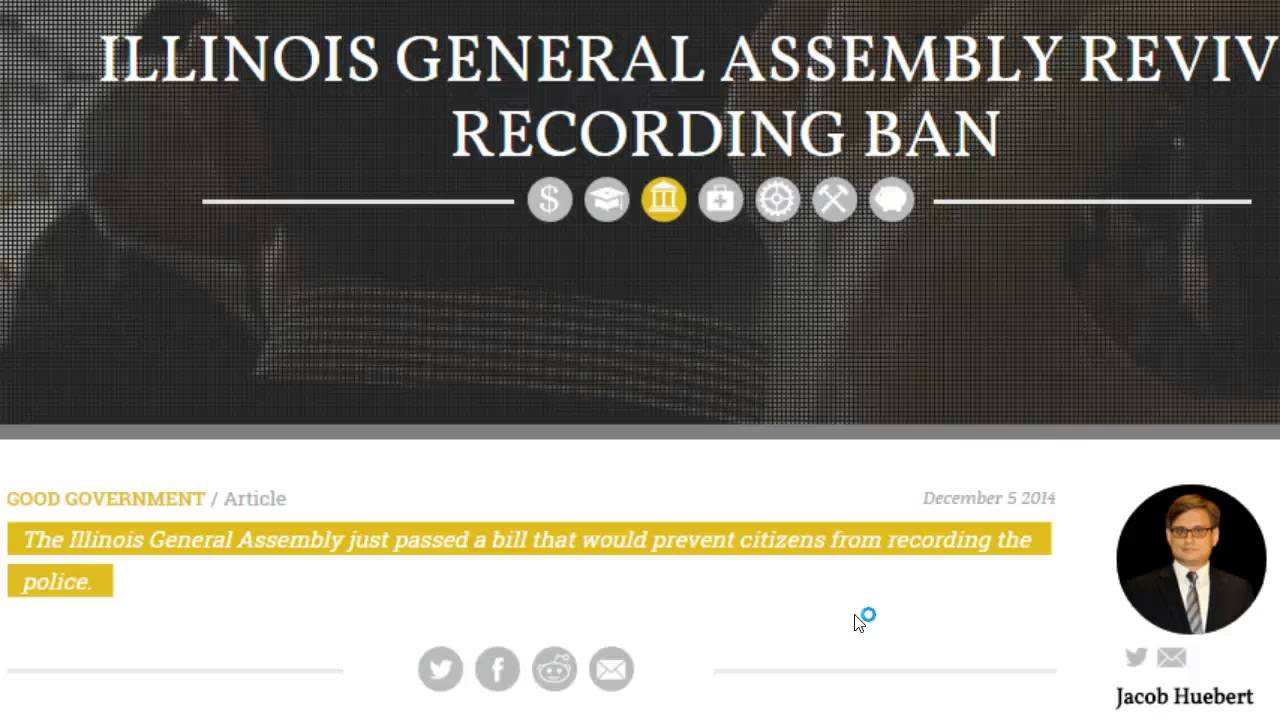 A new bill passed last week in Illinois would make it a felony to secretly tape any “private conversations,” with steeper punishments for those surreptitiously recording the police. Critics of the proposed law claim it would scare citizens from recording interactions with law enforcement, following a number of high-profile police killings caught on camera.

The bill was passed by both the State House and Senate, and sent to Illinois Governor Pat Quinn on Dec. 4. It would criminalize secretly recording “private conversations” between two or more people, where at least one had a “reasonable expectation” of privacy. However, the proposed law would likely not make it illegal to record police interactions in public. Recordings like those depicting the killings of Michael Brown and Eric Garner would therefore not be affected. The new bill attempts to protect people from surreptitious and improper recording of their conversations without infringing on free-speech rights, its sponsors claim.

The bill is written around a U.S. Supreme Court ruling in March that struck down an eavesdropping law that would made it a felony to record audio of police officers working in public. The court had ruled that the state could not make it illegal to record conversations where there was no “reasonable expectation of privacy,” and said it would “criminalize a wide range of innocent conduct” and violate free-speech rights.

However, the new law does not make a clear distinction between what situations qualify as a private encounter, the Illinois Policy Institute says. The private think tank says that it is “aimed at promoting personal freedom and prosperity,” and that the unclear nature of the bill’s wording make it open to wide interpretation.

“The Illinois Supreme Court said that police don’t have an expectation of privacy in ‘public’ encounters with citizens, but it did not explain what counts as a ‘public’ encounter,” the institute said in a blog post.

The bill is designed to scare citizens from recording police interactions, the institute claims, thanks to steeper punishments for recording the private conversations of on-duty police and court officers than private citizens.

Here is a copy of the bill