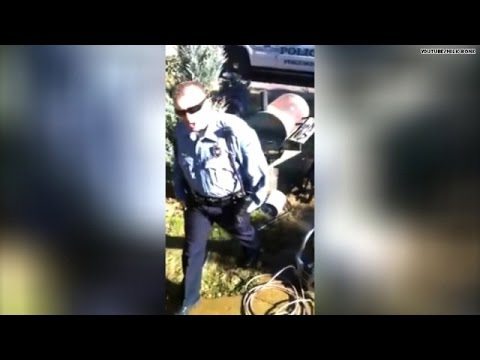 A new video of the Ferguson police officer who shot Michael Brown may have surfaced online.The clip allegedly shows a confrontation from a year ago.CNN’s Sara Sidner reports, city officials are not able to confirm the officer in the video is Wilson but do say that the officer’s actions were not appropriate.The Grand Jury’s decision in the Michael Brown shooting is expected to be handed up any day now.Wilson says he shot Brown in self-defense.