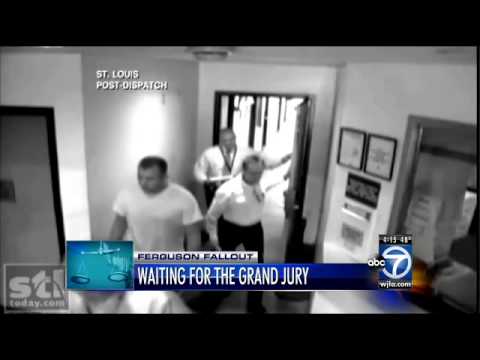 The Associated Press reports that Missouri Gov. Jay Nixon declared a state of emergency Monday in the St. Louis suburb of Ferguson, Mo., and surrounding areas in advance of a pending grand jury decision on whether to indict Ferguson police Officer Darren Wilson, who shot and killed unarmed 18-year-old Michael Brown on Aug. 9.

Nixon also activated the Missouri National Guard, which is expected to support state and local police in the event that any unlawful civil unrest follows the grand jury decision, which is anticipated at any time.

USA Today’s Yamiche Alcindor reports that the governor’s “order, in effect for 30 days, puts the St. Louis County Police Department in command of the Missouri State Highway Patrol, and the St. Louis Metro Police in a unified command should unrest develop in the St. Louis suburb and surrounding areas.”

“We do not want people to feel like they have to panic or be afraid,” Slay said.

Cynthia McKinney on Police Terrorism and its historic roots in founding of USA
New Video of Cop Who Shot Michael Brown?